So my adventures in Motorama scaled up by three pounds. Thunder Child had some ESC issues, but they ended up getting fixed thanks to the folks from the Grande Tambor team. 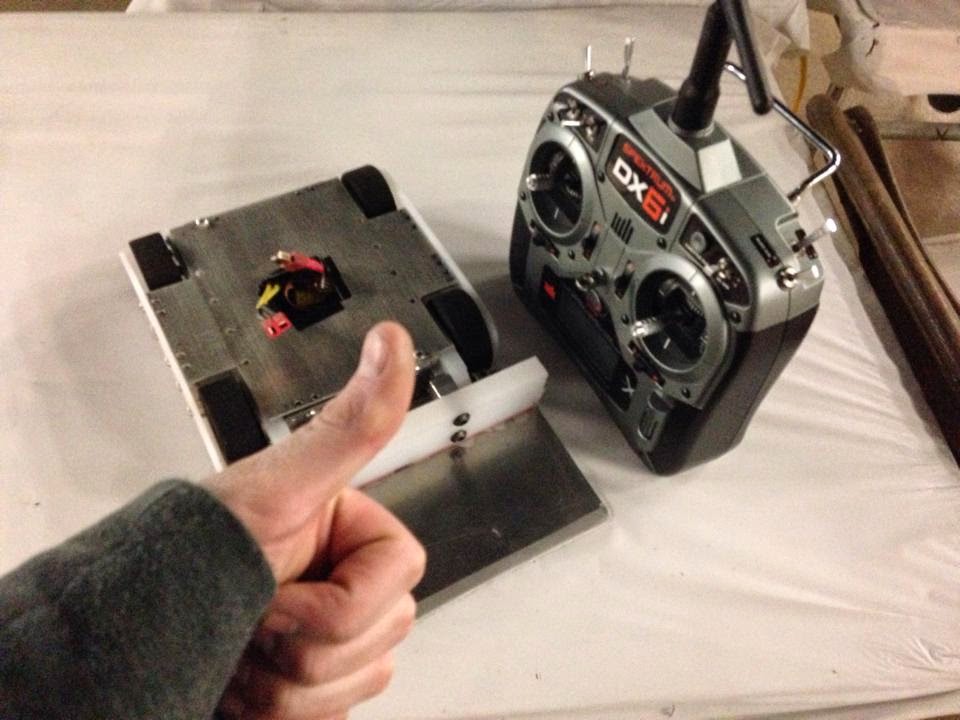 Your standard (boring) wedge match. I was facing the Kitbots man himself, Peter Smith, with the exact same bot. My electronics were screwed up for some reason, so I ended up stopping and slowing down at some points. I'm not exactly sure what happened, but my guess would be that it had something to do with the BEC. Trilobite won on a judges' decision.

Mulcher is another bot from the team that brought Magzant, Kate the Rat, and Heartbreaker. It's a horizontal spinner that's shaped like the starship Enterprise. Pete Smith gave me an attachment to keep the spinner at bay. I went into this match really worried that my bot would get torn apart. However, I remembered the words of Matt Maxham, the driver of Sewer Snake, "Break his fist with my face". Mulcher spun up early before the green light, but I started driving early so the judge's ignored it. He got some good hits on me, and I kept ramming him. I ended up losing a wheel and was basically limping like every Sewer Snake v Last Rites match. After another hit, the belts for his drive motors came out and he stopped moving. He ended up tapping out. 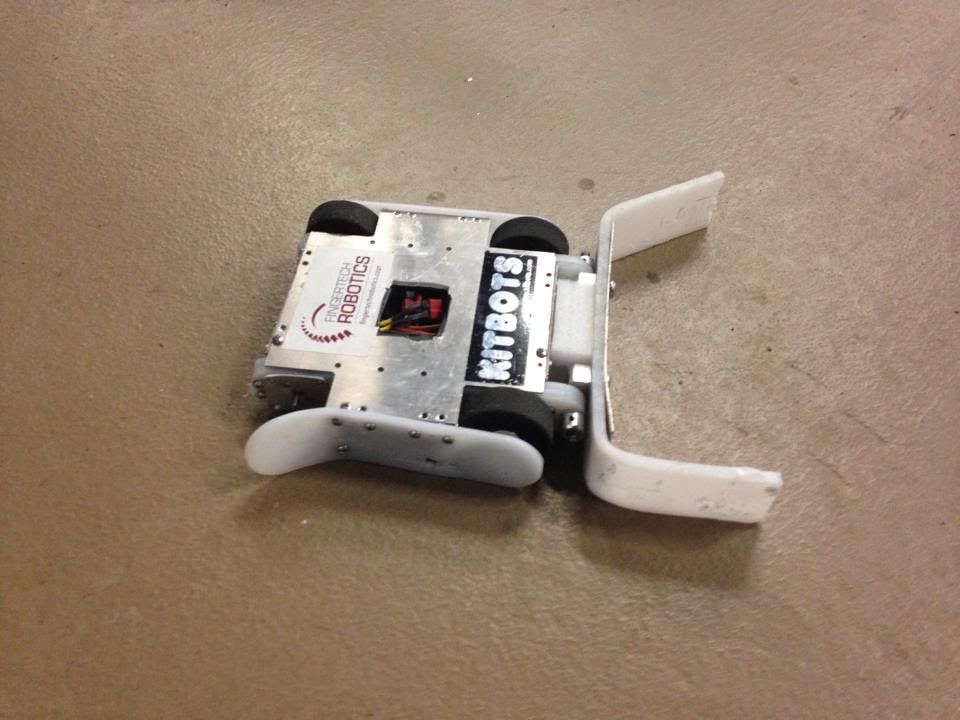 Maniac Cathy is another Kitbot, which is an undercutter with a self righting hoop. I wasn't sure what I'd do to KO him, so I figured it would be best to just push him around for the full 3 minutes. We traded blows, and then he flipped me over. Two of my drive motors stopped working, and I ended up high centered. It was a tap out for me.

So I was done for the day when it came to competing. That was okay, because there were lots of awesome fights to watch, and more places to explore in the event.

At the end of the event, I got a trophy, prizes, and a picture with Ms. Motorama. 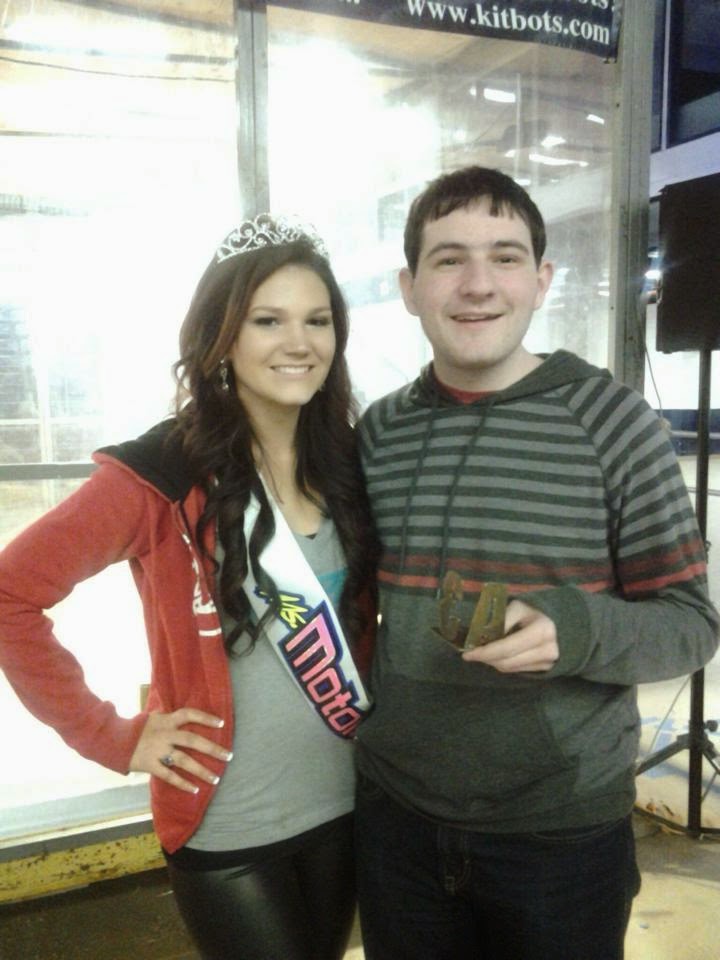 
I also learned a few things:

-Make sure to check your connections with a 9 volt before using a lipo battery.
-Bring a lot more spare motors, since the spinners will kill them.
- Make more attachments for different bots.
Posted by Nate at 1:57 PM No comments: